Guided by the well-meaning visual art which I serve, as a journalist and as an art writer, in this website I introduce contemporary artists – interpreting by my personal way - their creations which serve the Culture as well as the Greek Tourism in order their works to get known into a wide public. Through my approaches with artists I present the multiplicity and the skillfulness of the creators in order to express the modern times through their individual style and power of their art.
On my website you can find interviews with selected artists, presentations and publications, as well as images of a large collection of their works.

For 20 years I have worked as a specific, teaching and technical staff at the Aristotle University of Thessaloniki in Hydraulics & Environmental Engineering Department, but kept my eyes always turned to the world of Art.

For several years I collaborated with the magazine "Quality of Life" and the newspaper "New Voice" published by Mrs. Helen Rakintzis. As a visual writer I introduced the work of many artists from Greece and abroad.

In 2008 I became a member of the Journalists and Writers Union EDSTE for Greek Tourism - UNESCO - FIJET - OMJET, chaired by Mr. Demetrios Lukas.
I undertook the honorary position of Representative of EDSTE for the City of Thessaloniki till 2018

During my journalistic course as an art writer, I have written articles for Greek and foreign newspapers, magazines and electronic media. I have written book reviews on literature as well as criticism for artists’ catalogues, while I have delivered lectures on art, the literary and artistic capacity of creators.

My articles and references were selected by the well known art collector Mr. Dimitrios Papageorgopoulos, who included them into his historical documents of his digital records about Modern Greek Art. This remarkable historical file is located at the STOart KORAI Gallery of National Insurance Company and is supervised by the Art Curator Mr. Papageorgopoulos.

Nowadays I collaborate as a visual writer with digital and conventional press writing articles about art, tourism and culture.

I collaborate with “Auctions Newspaper” of Greece for subjects related to art, culture, tourism and politics.

I also collaborate with the magazine "Arcadian Step", for which I write articles about the Greek art, culture and tourism.

I am member in a team of authors called “Hours of writing”.

My collaboration with the renowned Greek painter of the 20th and 21st century, Mrs. Clio Demetriadou - Natsis lasts till today. I am a life-long Administrative Board Member of the “George and Clio Natsis Foundation”.

Since many years I collaborate with the sculptor - painter Mrs. Ntina Anastasiadou, who has earned a Master of Fine Arts Degree from the University of Calcutta in India (M.F.A. Rabindra Bharati University).

My collaboration and personal contact with these two artists was for me a kind of great catalyst by terms of experience and personal history in the art world, which I love and continue to serve with great respect and love.

Recently I came into contact with the work of Mrs. Lia Kaderoglou, artistically known as “Aqualia”, whom I support. (Her work is a modern approach to ancient techniques of paper marbling called Suminagashi and Ebru).

In September 2015, Deputy Minister of Internal & Administrative Reconstruction (Macedonia - Thrace) Mrs. Maria Kollias – Tsarouha commissioned me the exhibition of artworks from the collection of Government House (called also Small Palace) which is under the protection of the Ministry of Internal Affairs of Greece, at the 80th Thessaloniki International Fair (TIF).

In September 2016, I was commissioned again by Mrs. Maria Kollias - Tsarouha the artistic direction of a large scale painting made by the sculptor - painter Mrs. Ntina Anastasiadou, entitled: "History- culture of the Greeks, Macedonia - Thrace" which was displayed at the 81st International Fair of Thessaloniki (T.I.F).

In May 2016 in collaboration with the Gallery Karma Lappa and the auspices of the Municipality of Maroussi as well as the Journalists Union and Writers of Tourism in Greece I undertook the artistic direction of an Art and Culture Festival called: "Greece, Shape & Color" which took place at the Municipal Gallery "Spiros Louis" at Maroussi Prefecture (Athens).

In April 2018 I wrote a collective book with another eleven writers. Title of the book: “Road of Sin, Number 12”. It was published by Anatypo.

In October 2018 I was the Curator of the exhibition: “陶器Tōki, Inspirations by the heart and the civilization of Japan” by the sculptor – sumi-e painter Ntina Anastasiadou. The exhibition was hosted at the Pottery Museum of Athens, under the auspices the Embassy of Japan in Greece, the Ministry of Culture and Sports and the Greek-Japanese Association.

Finally, I think that it is worth to mention that in the period 2015 - 2016 I was a radio producer and presenter of the program: "Travelling in art and culture" at the broadcasting StarClassic Radio Station, where I introduced important artists and art historians. 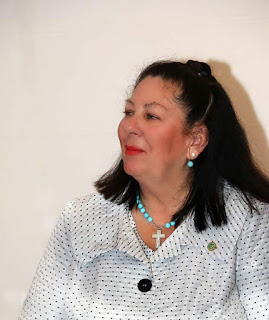 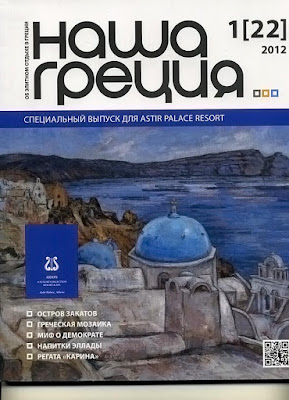 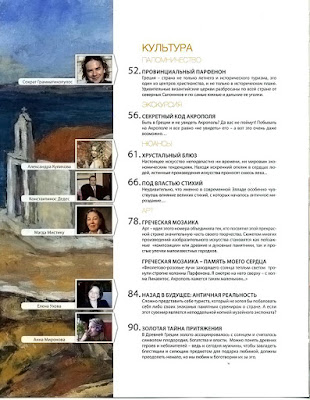 
Any republication or use of the contents of this website is forbidden without a clear reference
to the origin of the file and Magda's Mystikou website.
Απαγορεύεται οποιαδήποτε αναδημοσίευση ή χρήση υλικού χωρίς σαφή αναφορά
στην προέλευση από το αρχείο και την ιστοσελίδα της κ. Μάγδας Μυστικού

Member of
World Federation of Travel Journalists and Writers
F.I.J.E.T.

Guided by the well-meaning visual art which I serve, as a journalist and as an art writer, in this website I introduce contemporary artists – interpreting by my personal way - their creations which serve the Culture as well as the Greek Tourism in order their works to get known into a wide public.

Search in this web site